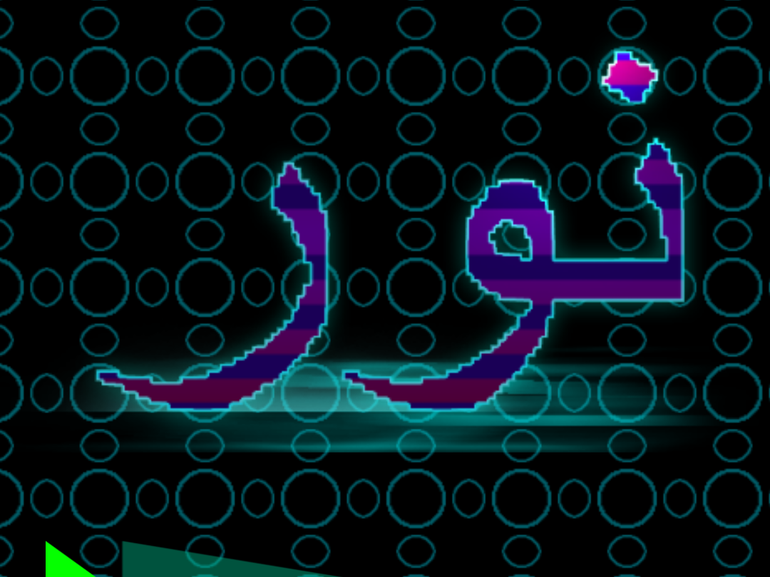 Light your way through the game and reach the magical portal of Noor.

Noor is a mobile game where you play as a small triangle that has to find it’s way through an invisible maze. The way the game works is that the player acts as a bucket of light. When the player shoots out light, they can start moving and become a little bit smaller. The light that is shot stops when it hits a wall, this will guide the player through the maze. To win a level, the player has to reach the portal at the end of the level.

For this game I had to do a lot of programming. I remember staying up all night, programming the tricky touch controllers to handle tap for shoot and hold to move. I also programmed most of the game logic involving movement, handling the lights and level advancement. For the main menu I handled the menu buttons and did a simple little animation to the background using a shader.