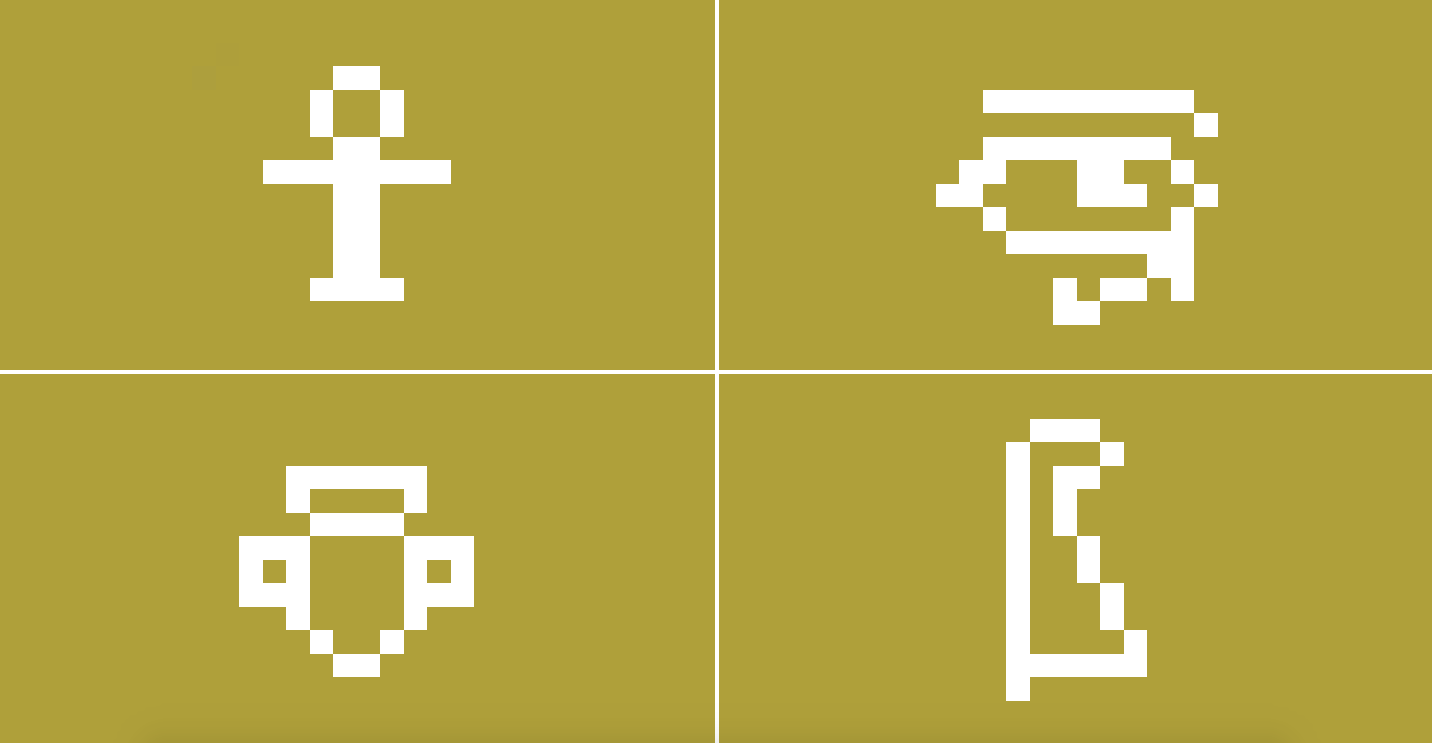 Glyph Hunters is multiplayer game playable in a web browser with a smartphone as a controller.

Scan the QR code or enter the URL to join the hunt for the glyph.

It is possible to play solo or in cooperation. If there is no player connected, the game continues to run until a new player connects, always ready for you to join!

The game loops forever and transitions between two states: a “lobby” screen that players use to join the game, and a “game” screen to hunt for the glyphs.

Each glyph requires you to solve a riddle: from a list of four words, pick the odd one. A wrong answer and you are back to your tent! Good answer? You can get a number of points depending on the difficulty of the riddle.

The purpose of the game is to run forever on a shared screen. People passing by can join at anytime by scanning the QR code. They can also leave without interrupting the game.

Glyph Hunters is a fun social multiplayer game that is played on a shared screen. The idea is that the game will be displayed in a public area where people can jump in and out of the game as they feel. When you join the game, you’re assigned a team colour, and you get to move around the map, there are different types of locations, and when you arrive at one of them, a puzzle appears on your mobile screen. For the jam, we only had time to make a simple puzzle which displayed 4 words, 3 of them rhymed and 1 didn’t, so you had to pick out the one that doesn’t rhyme. You get different points depending on how hard the problem is and in the end, the team with the most points wins.

For this game, I programmed some of the controls for the mobile end of the game.

I also made the puzzle where we had a dictionary of around 700 words that were split up in 3 different difficulty levels, all this was stored in a JSON file. When the player reached a location, the game picked out a specific level of difficulty depending on the location and displayed it on the player’s mobile screen. Then I had to handle the answer of the player, if it was correct or wrong, and send that data back to the main game.