I wanted to familiarize myself with the GPGPU(General Purpose GPU), so I decided to make particle simulation where the simulation is updated in a compute shader. Since the focus here wasn’t the rendering, I decided to just render the particles as a point cloud.

I have 2 Structured Buffers that hold the particle data. During each frame, one of the buffers is used as an input buffer and the other one as an output buffer, they are then switched, to achieve some kind of ping pong behaviour, so that the next frame’s input data is the output from the last frame.

Since I didn’t have a lot of time to work on this project, I never managed to implement all the ideas I had, but I still think it was a successful project because it fulfilled its purpose.

Some of the other ideas I had were: 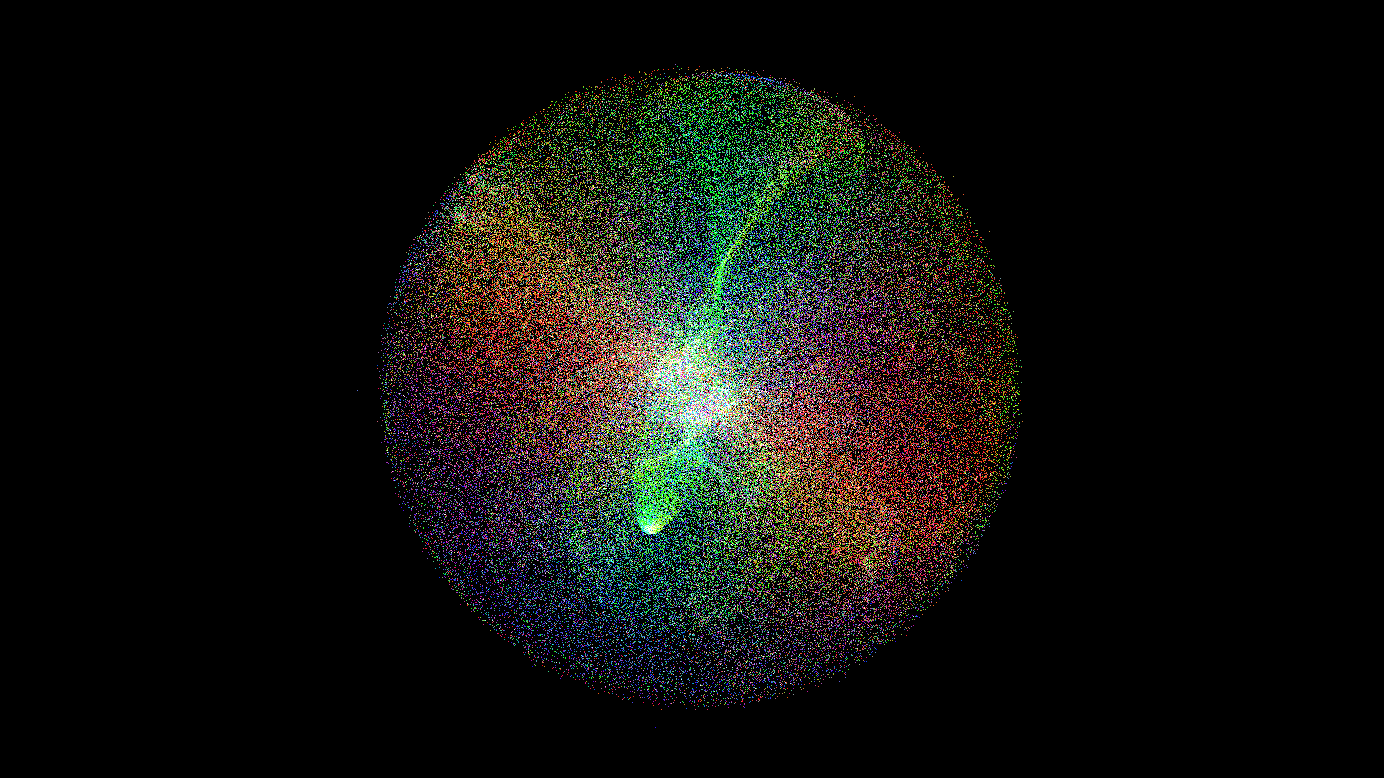