I ported Materials created in Unreal Engine 4 to hlsl code that could be rendered in my own renderer.

I added support for a variable amount of extra textures to be sent to shaders when rendering models, this could be specified in simple data files that go along with the model files. It was used for platforms among other things that had grass and moss projected onto them.

I implemented a sharpening filter in hlsl.
I also created a simple color grading that made the temperature a bit cooler.

I made all the particle effects in the game, such as the stars in the sky, the fog in the background, fireflies in the foreground and all the orbs.
The player was built using different particle effects and a streak.
When the player flies through a treetop, there is a particle effect of some leaves falling, a sound cue, subsurface scattering and some screen shake on the GUI.

I added localisation to the game so that the game is playable in 12 different languages.
I made a shader that covers 8 different types of color blindness.

I designed all the levels and had people playtest and give me feedback, I then tweaked the levels with the feedback in mind.
I dressed all of the levels and made sure it looked good by double-checking with Elinore.

Since the team only consisted of me and Elinore, it meant that I had to take care of pretty much everything except for the art.

Elinore had already created a lovely collection of assets for platforming, which you can see more of on her portfolio here, that she allowed me to use for my game.

It was nice knowing that I could always ask Elinore about my design decisions, to make sure that the assets were used in an acceptable way.

Elinore had created a material in Unreal Engine 4 that allowed her to place out platforms in any way she wanted, and have textures project onto them from above, while also allowing her to tweak how much would be visible at what angle, based on the normal. I got to take a look at this shader and implement it in hlsl to make it look the same in-game. This was pretty easy to implement as it was just a simple triplanar projection with worldspace mapping.

When I saw the images that Elinore had on her portfolio, I noticed that all the textures looked a lot sharper and more crisp, so I asked her what she had done, and she showed me a little sharpening trick she uses in photoshop.

Once I had all the resources needed, I wrote my own post processing shader and tweaked it until it looked good.

As you can see in the gif, I used a very cheap high-pass filter compared to the one in photoshop, but it was good enough for getting a little bit of detail back into the scene in real-time.

This is shown in the code below.

At the time of writing this, I realised that another accessibility feature that could be supported was color blindness.

Since I couldn’t resist it, I just had to implement it and see what it looked like, I think it turned out pretty cool, as you can see in the gif.

Adding localisation can change the way you design things.

When I added localisation, me and Elinore decided that it would be best to have the How To Play and Tutorial be images instead of text, it also forced us to change some of the GUI.

It was a design challenge to add localisation to the game, but it was a fun one, and it worked out well. And in the end, I was happy to see my game being playable in 12 different languages.

My win screen went through a lot of changes both in code and in design.

You can see the different stages of my win screen in the gif.

Here’s a breakdown of the different stages(note that I didn’t have a win screen in week 1):

Here’s a short snippet showing how easy it was to setup and control the entire win screen sequence:

Once I had this, I could just implement the callback functions and tweak them individually until I was happy with the result. The callback functions received 2 parameters, one was a float between [0 - 1] telling us how far into the animation we are, and the other one was a bool telling us if it was the last frame of the animation, so we can play a sound and apply screen shake.

Here’s an example of a star animation:

At the last day of my project, I had some time over to add more juicing, so I decided to put that juice into my trees cause it was fun!

The things I implemented were:

Making an entire game in 5 weeks is tough, but here’s my process and how I made sure to have fun while making the game.

Since I only had 5 weeks, it was very important to plan my time and focus on having a polished product in the end.

As you can see, I decided to put a lot of time into the Gold Stage, which is all about polishing and pushing the game over the edge.

When I was doing the pre-production and prototyping, I scoped super low and tried to keep things simple. I already knew that I wanted to make a platformer, but I hadn’t nailed the mechanics yet, so here are a few clips from my first week. You can click on the days to view short clips.

After only one week, I had a fully functional game, and could already start sending it to people for playtesting. This was really useful to have early in development, because it helped with a lot of things:

So for the second week, I had full focus on making a complete game, which has everything from menus to multiple levels and audio in-game. This went really well and I was finished with the Alpha Stage. From this point, I decided to send out a copy each weekend for playtesting. This helped me with planning and knowing what to focus on the upcoming week.

During the Beta Stage, I focused on finishing everything needed for my game to be complete:

Once my entire game was finished, I had 2.5 weeks left for juicing!

This is when I started making all of the things that made the game look and feel much better:

So, the main reasons why I think this whole process went so smoothly for me are:

And finally, here’s a gif of how my game evolved throughout the weeks:

I’d like to thank the people who helped me with the localisation:

If you got this far, thank you for reading and I hope you liked what I had to show.

If you want to play the game, you can download it below. 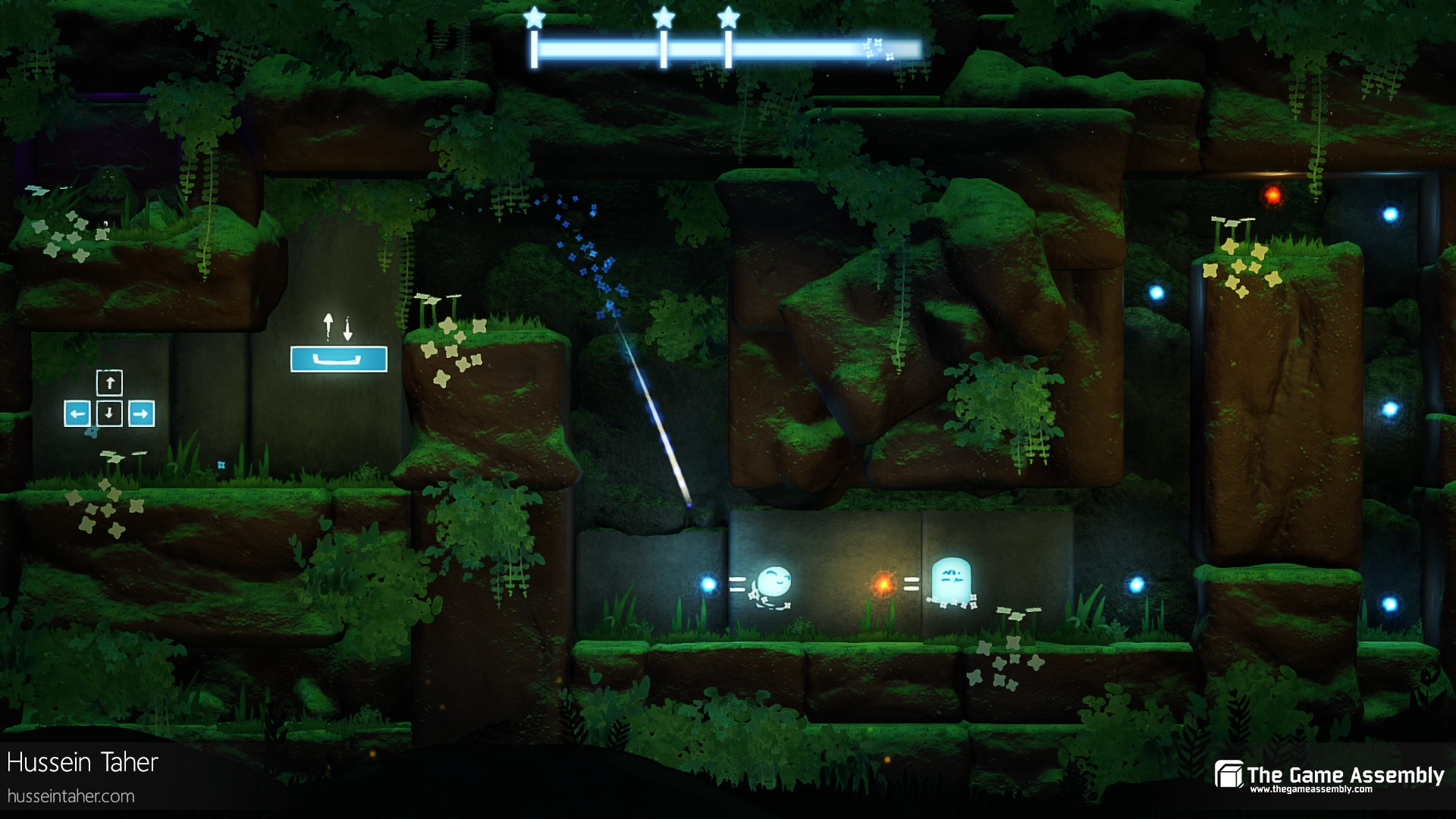